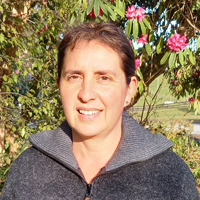 Nukuhia is a Sheep and Beef Farmer from Ruakituri Wairoa. Nuku started her working career with the ANZ Bank and spent 9 years with them over several locations.

Nuku has been involved in farming for 27 years as well as time in the Shearing Industry.

Nuku is married to Bart and they have 3 grown up children.

In 2015 Nuku and Bart won the Ahuwhenua Trophy Compeitition for Sheep and Beef with their 1506 hectare hill country property Mangaroa Station. 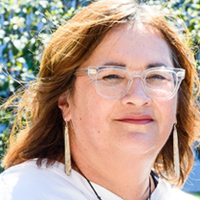 Charlotte holds a PhD in Geology from the University of Auckland. In 2016, she was made an Officer of the New Zealand Order of Merit in the Queen's Birthday Honours, recognising her role as a strong advocate and mentor for Māori students in science, and as a trail blazer in assisting Māori asset-owning entities to understand and better utilise science and research to sustainably manage and develop their taonga tuku iho.

Charlotte also has a wealth of experience in working with Māori business as a science advisor and in governance roles in energy, fisheries and farming entities, including as chair of the Lake Rotoaira Trusts (Forest and Lake) and deputy chair of Opepe Farm Trust. 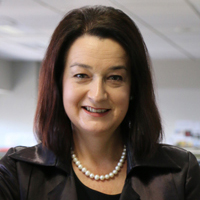 Karen has held a number of senior management roles in a career spanning 25 years. She took up her secondment role as Deputy Director-General Sector Partnerships and Programmes in September 2018. In this role she is responsible for the development, delivery, and strategic oversight of programmes and initiatives that promote innovation and sustainable economic growth. She is also responsible for providing advice on and maintaining MPI's relationship and commitments to Māori arising from the Treaty of Waitangi and Treaty settlement agreements.

Karen is also the Senior Regional Official (SRO) for the Wairarapa region. Karen's substantive role is Deputy Chief Executive, Policy and Sector Performance at the Ministry for Culture and Heritage. She's also held a number of senior roles within The Treasury, MPI, and the former Ministry of Agriculture and Forestry, including as Director of Food and Regulatory Policy. 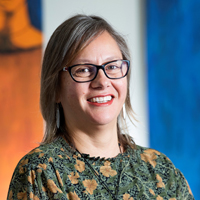 Paula Rawiri is the current Deputy Secretary for the Regional Partnerships and Operations Puni, Te Puni Kōkiri. Paula has contributed 18 years of her career to Māori development at the Ministry of Education, where she has worked in leadership roles since 2002. Most recently she was the Ministry’s Director of Education, Waikato.

With a strong background in operational and policy management, Paula is highly skilled in developing and implementing Māori education initiatives, and she continues to broker opportunities with whānau, hapū, iwi and Māori at Te Puni Kōkiri. In her role she oversees investment in innovation that will build capability among Māori communities so they can achieve their aspirations and move towards intergenerational transformation.

Paula holds a Bachelor of Education and Post Graduate Diploma in Māori and Pacific Development from the University of Waikato. Growing up in Taupō, where she returns as often as possible, she maintains her strong regional focus by living in Ngāruawāhia and being based in the Te Puni Kōkiri Hamilton office. 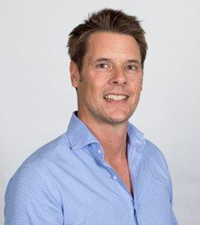 Dave is General Manager of Agribusiness for BNZ. He grew up on a sheep and beef farm in Hawke's Bay, where he spent most of his school holidays helping out in the sheep yards and shearing shed, driving tractors and working with livestock.

He is a qualified chartered accountant and joined BNZ 16 years ago, where he has had various Agri based roles.

He was a finalist judge in the 2014, 2016 and 2018 Ahuwhenua Trophy Dairy Awards and he has a very strong association with the Ahuwhenua competition. 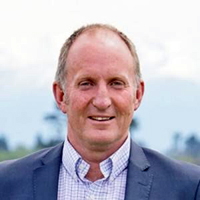 Andrew is the Southern South Island farmer-elected Chairman and Director of Beef + Lamb New Zealand. Andrew and his wife Lisa farm 1030 ha sheep and beef breeding /finishing farms at a couple of locations in Otago and Southland.

Andrew is also a Director on the following boards: 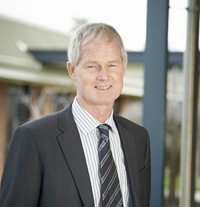 Jim van der Poel has been a farmer elected Director on the DairyNZ board since 2014, and was appointed as Chair in 2017. He was elected onto the Fonterra board in 2002 and stepped down in 2014.

Jim also served on the board of New Zealand Co-operative Dairies Ltd. Jim was also an inaugural director on the Fonterra shareholders fund. Jim has won a number of industry awards including the AC Cameron Award, 2002 Nuffield Scholarship, Sharemilker of the Year and Dairy Exporter Primary Performer Award. Jim and his wife Sue live in Ngahinapouri in the Waikato and have farming interests in Waikato, Southland, Canterbury and the United States. 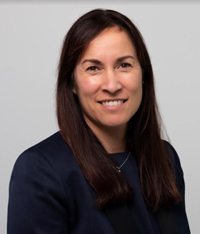 Nadine has been involved in the horticulture sector since 2000. Nadine was Chair of NZ Apples & Pears Inc. from August 2012 until April 2018 and was a director from 2010.
Nadine started out in horticulture with the Heartland Group in Nelson, she then went on to found her own marketing company, Energie Produce Ltd, which exported mixed produce to more than 34 countries globally. That company was sold to Freshmax NZ Ltd in 2013, and Nadine became the Freshmax Global Exports Manager.

In 2013, Nadine was an inaugural Manawa Nui (Associate Governor) for Ngāi Tahu, having a year at Ngāi Tahu Holdings Board followed by a year with Ngāi Tahu Seafood. Nadine has been a director on several other entities over her 30+year in agriculture.

Nadine has always been associated to the primary industries having worked in, mixed horticulture, meat, seafood, dairy and Mānuka honey.
Nadine’s whakapapa is through Ngai Tahu and Tainui.