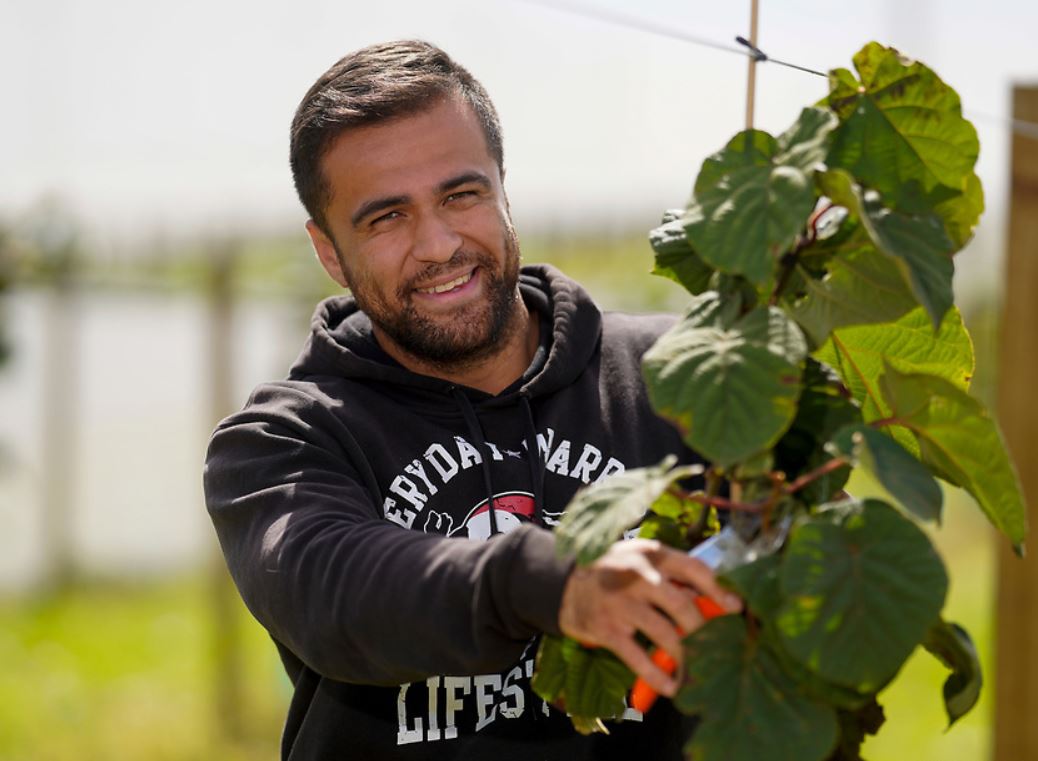 Brandon, 24, was born in Gisborne and now works as trainee orchard manager for the large kiwifruit orchard management and post-harvest company Seeka. He has a partner and a young son.

After leaving school he went to Victoria University in Wellington to study for a degree in commerce. But he says the thought of spending another three years in a classroom was unappealing and after two months he left university and headed back home.

In Tauranga he was introduced to the CEO of Seeka, Michael Franks who offered him the chance to join his company and he did, moving to the Bay of Plenty a few months later.

His work is based around the kiwifruit capital of New Zealand, Te Puke and also the township of Paengaroa.

"When I started I had no specific interest in horticulture but over time I have developed a passion for the industry and enjoy my role," he says

As a trainee manager, Brandon gets to a range of tasks especially during the harvest. This includes driving tractors and forklifts or working in the packhouse. Brandon also undertakes vine management which includes, but is not limited to organising sprays, fertilisers, structural maintenance and cultural plant practices

Brandon Cross is now in his sixth year with Seeka and has completed a Level 4 Primary ITO course in horticulture. He says his main interests are his young family and also martial arts. He spends a lot of time training and hopes to take part in competitions while he is still young enough to do so.

Brandon was working during the lockdown and his partner and son went up the coast to self-isolate in a smaller community. He says he misses them, but work has been very busy and it made sense for them to go away to a safe place.