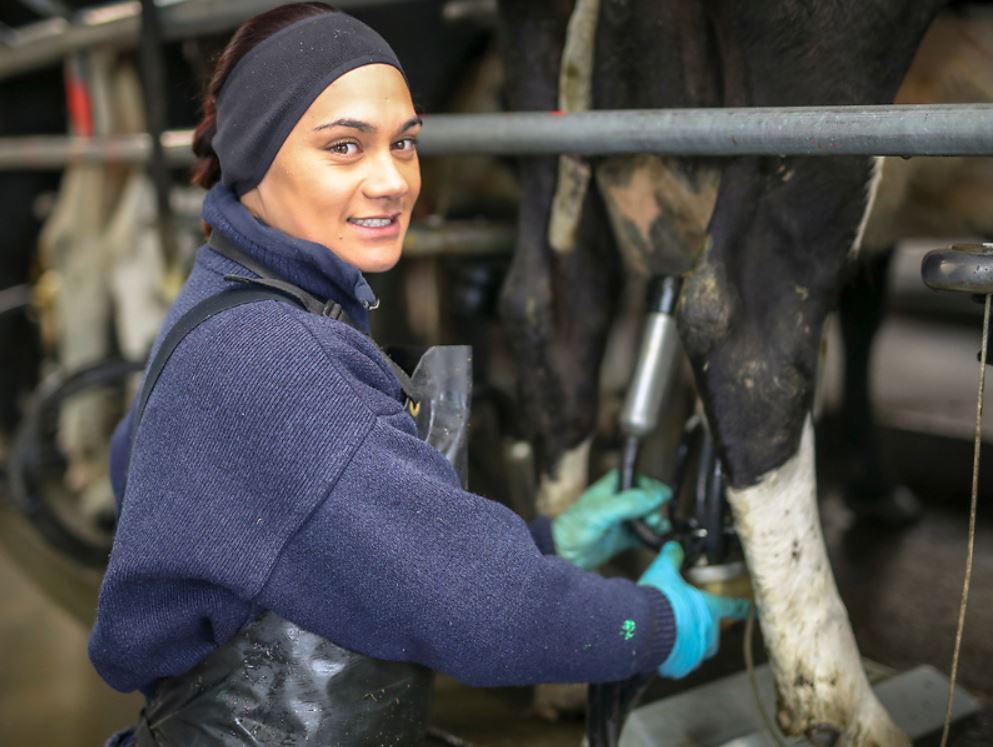 Cheyenne Wilson, 25, is from Southland and has spent all of her life on farms. Her parents worked on farms in Southland and when she left school, she worked in the shearing sheds and as a cook.

She says about five years ago she stumbled upon dairying and hasn't looked back since. Cheyenne says it started when a local dairy farmer noticed her rearing calves as one of her many jobs she had at the time and offered her a full time role on his farm. After three years on this farm

she moved up to Canterbury and is now working for Nathan and Erin Christian on Lochan Mor farm near Ashburton. Cheyenne is the Assistant Manager on the property, however in June will move to Culverden in North Canterbury to manage a 600 cow farm for Emlyn Francis.

Cheyenne has undertaken courses with Primary ITO, working her way through the various levels and is currently completing the Level 5 Production Management course.

Cheyenne knew no one when she came to Canterbury, but quickly developed new friendships by getting involved in Young Farmers and is Chairperson of the Hinds Club. She is also a regional leader for Dairy Womens Network Mid Canterbury. Last year she entered the Dairy Industry Awards and was the runner-up in the Trainee of the Year section in Canterbury/North Otago. This she says has helped raise her profile and will enhance her career opportunities. She enjoys hunting and also plays netball for a local club

She says being born in Southland and with her marae being in the Bay of Plenty, she feels urbanised and hasn't had the opportunities to engage in te ao Māori and tikanga Māori to the extent that she would like to, but has plans to change this.

Cheyenne says the reason for entering the Ahuwhenua Young Māori Farmer Award is to help strengthen and develop her leadership ambitions. She says the profile of the competition will help her achieve this. Cheyenne says being one of the finalists is also a way of acknowledging all the people who have supported and mentored her in her career.