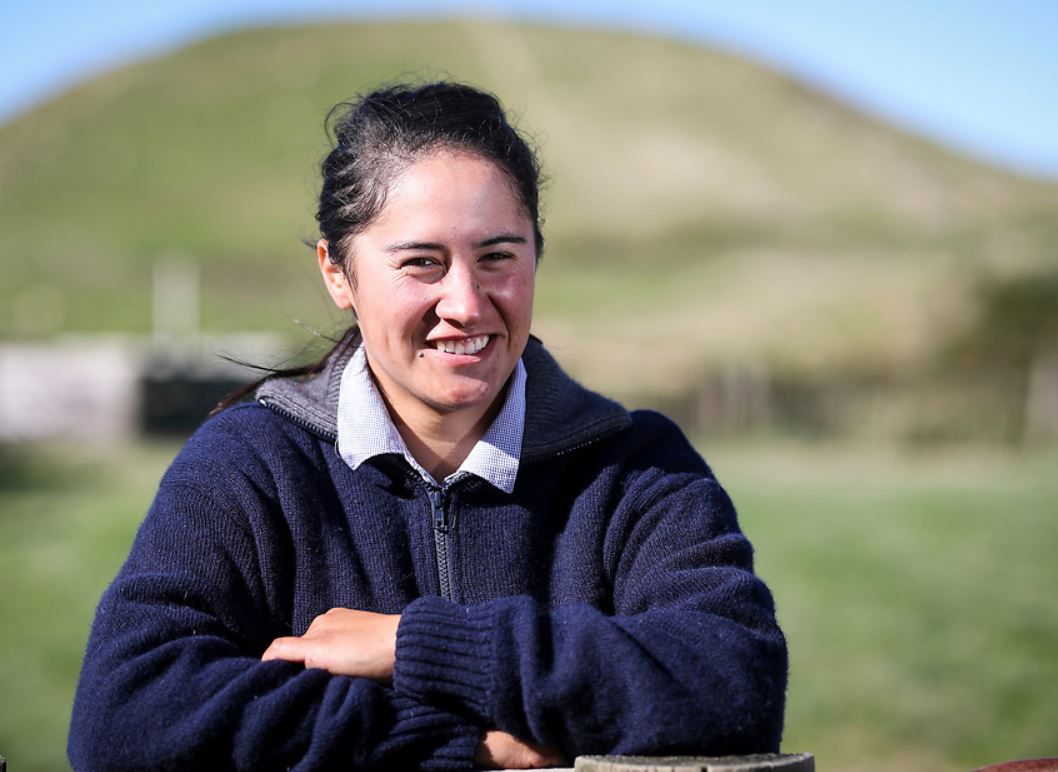 Hemoata Kopa, of Ngāpuhi (Matawaia) descent is a Junior/General Shepherd on Pukemiro Station just out of Dannevirke which is owned by ADB Williams Trust.

The farm has a special relationship with Taratahi Agricultural Training Centre which has brought twenty one year old Hemoata into regular contact with students from Taratahi. The farm is again steep to rolling, flat country on which runs approximately 5300 ewes and 150 Hereford Friesian Cross cows, the majority of which are mated to Simmental or Charolais bulls and progeny are kept for fattening.

While Romney rams are put over the maternal flock a Lamb Supreme or Suffolk is put over the older ewes and all mated hoggets are mated to a terminal sire as well.

Hemoata comes from a small Northland place called Matawaia with the nearest town being Moerewa where she had her first taste of farming helping her grandfather on his small block where he ran about 100 cows. After leaving school, Hemoata went to Taratahi in 2014 and since then has passed her National Certificate in Agriculture Sheep and Beef level three and four and Massey Diploma in Agriculture level five. Two years ago, she was also a finalist in the AYMF Award.

The outdoor life appeals to Hemoata and she enjoys the multiplicity of tasks she is given in her role as a Junior/General Shepherd. She especially likes working with the Taratahi students whom she helps hone their practical skills in areas such as fencing, stock movement and feeding, positioning, team work, communication, life skills. In her spare time, she trains her pups, goes horse riding and as has taken up boxing fitness. She has just joined Young Farmers.

Hemoata says she wants to advance her career in farming by working on different farms and doing more study with the goal of becoming a farm manager or owning her own farm. She also wants to be a role model for other young people and to make them aware of the great jobs there are in the sector.

A finalist in the Award two years ago Hemoata says she entered again because she loves to challenge herself. She says since the last event she has had more training and networking and this helped give her confidence.