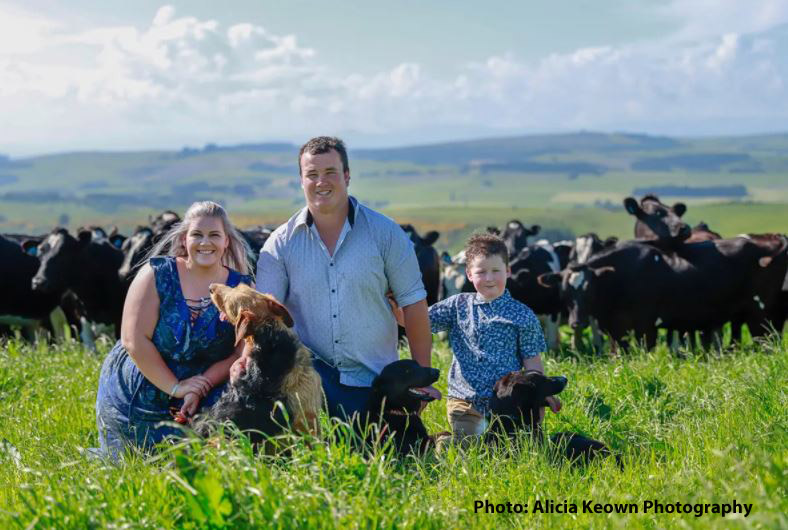 “Sink or swim” took on new meaning for James Matheson when he said “yes” to working on a dairy farm in Gore, aged 19.

James didn’t know how to milk a cow; he didn’t know the difference between a herringbone or a rotary dairy, and he was thrust into the hot seat in the 680-cow operation.

James was left with no choice but to swim like he was born in the water.

Today, he has done more than survive with Chris rewarding the 27-year-old by allowing him to amass close to $1 million equity within his role, during his journey from a novice trainee through to the manager’s role.

In the last 12 months James and his wife, Steph, bought their first 35ha, which has been incorporated into the milking platform, as they start to focus on their own wealth creation.