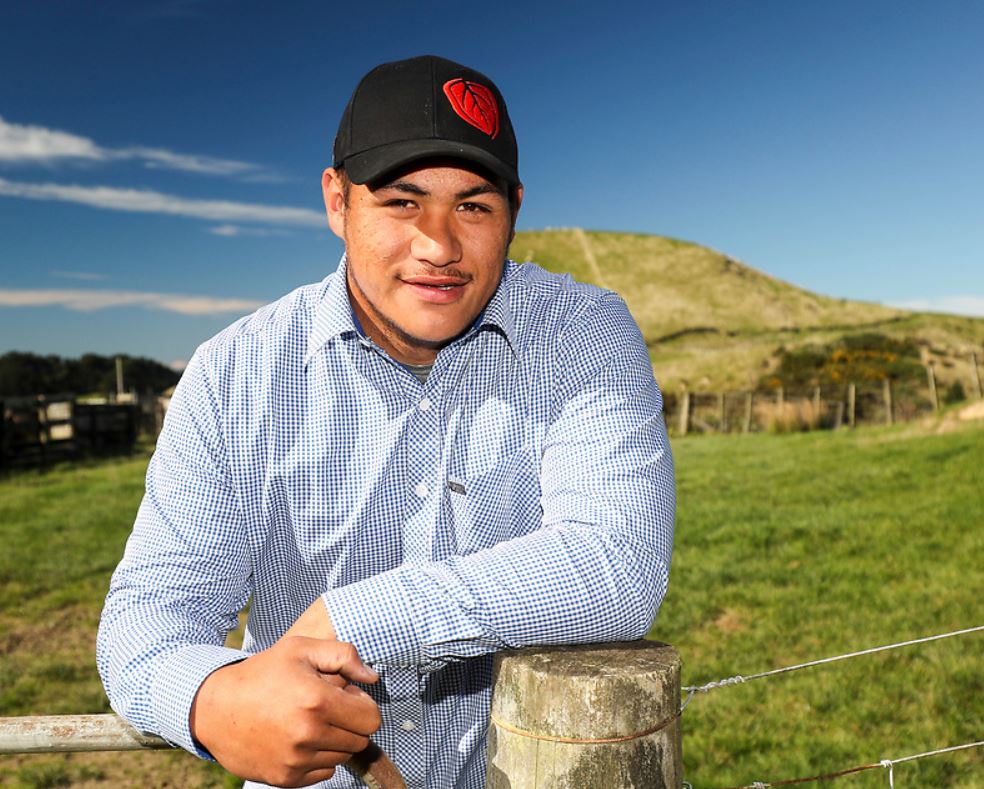 Twenty one year old Jordan Biddle, of Ngāti Pahauwera descent, is employed as a Shepherd on Pihanui Station south of Wairoa. The 2000 hectare (1200 ha effective) hill country farm is owned by Ngāti Pahauwera and mainly a breeding block but also does some finishing. They run 500 Angus cows and 2300 FE tolerant ewes that have just been brought in along with 2200 Romdale breeding ewes.

Jordan is completing his qualifications through the ITO and this together with his own passion for farming has enabled him to take on extra responsibilities. For example, he stepped into a management role on the farm for eight months until a new farm manager was appointed.

When he was at school Jordan had little inkling that he would make farming his career choice. But this occurred when he started working part time on farms when he was just fifteen, doing odd jobs such as fencing. The breakthrough came two years later when he was offered a permanent role at Waitaha Station in northern Hawke’s Bay. Two years later he moved to his present role at Pihanui Station.

He was born in Raupunga where his father worked in the forestry industry and this shaped his love of the outdoors and ultimately a career in farming. As part of his current role he is helping Tana a junior shepherd on the farm, to develop his all round farming skills such as fencing, pasture management and stockmanship.

This is something that Jordan likes and says he is working hard to get other young people in the area interested in farming because it is such a good industry. Jordan loves the farming life – especially the horse and dog work. He owns three horses, six working dogs and two pig dogs and as you might expect he likes to go hunting. He also plays rugby and enjoys fishing and diving.

He admits that he was persuaded to enter the AMF awards and says so far, it’s been a great and enjoyable experience.