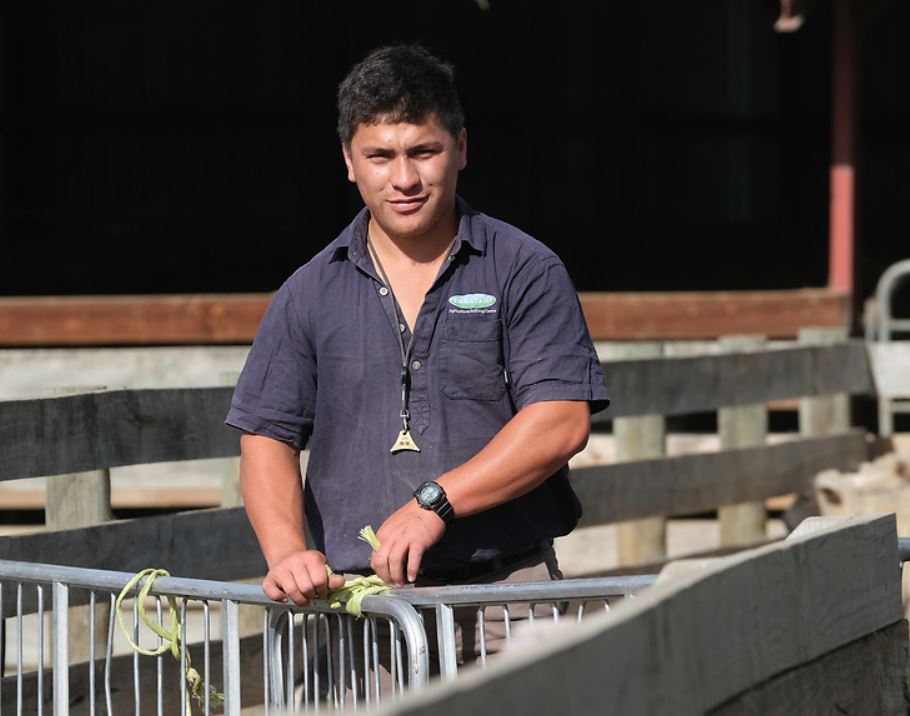 Taane Hubbard, 23, is an experienced shepherd on Caberfeidh Station in the Hakataramea Valley near Kurow northwest of Oamaru. He grew up in the East Coast town of Wairoa and in his last three years at secondary school joined a special agricultural academy set up at Wairoa College (similar to a gateway programme). He says this meant he spent three days a week doing normal curriculum studies but the other two were spent on local farms – mainly Tangiwai Station and Burnside Farm – seeing the options the sector offered and learning skills that would eventually set him on his path to a career in agriculture.

At the Academy he gained level 2 and 3 in Agriculture through Primary ITO. He then worked as a casual farm worker before working briefly at the local freezing works. He then started his study at Taratahi Agriculture training centre completing level 4 and a Massey Diploma in Agriculture before being offered a position at the historic Tautane Station in Central Hawke's Bay working as a shepherd general. After nearly two years he moved to his current position at Caberfeidh Station. This farm is 6,000 hectares (5,300 effective) and runs up to 17,000 ewes and 550 mixed aged cows, (finishing all progeny, depending on conditions it also finishes an extra 15-20,000 lambs, grazes fattening or dry stock, as it is) a large operation with twelve staff working on the property.

Taane was a finalist in the 2015 AYMF award along with his partner, Hemoata Kopa.
He says his long term goal is to be a supervisor or General Manager of a large Māori Incorporation farm with a strong emphasis on helping other rangatahi find a career in agriculture.