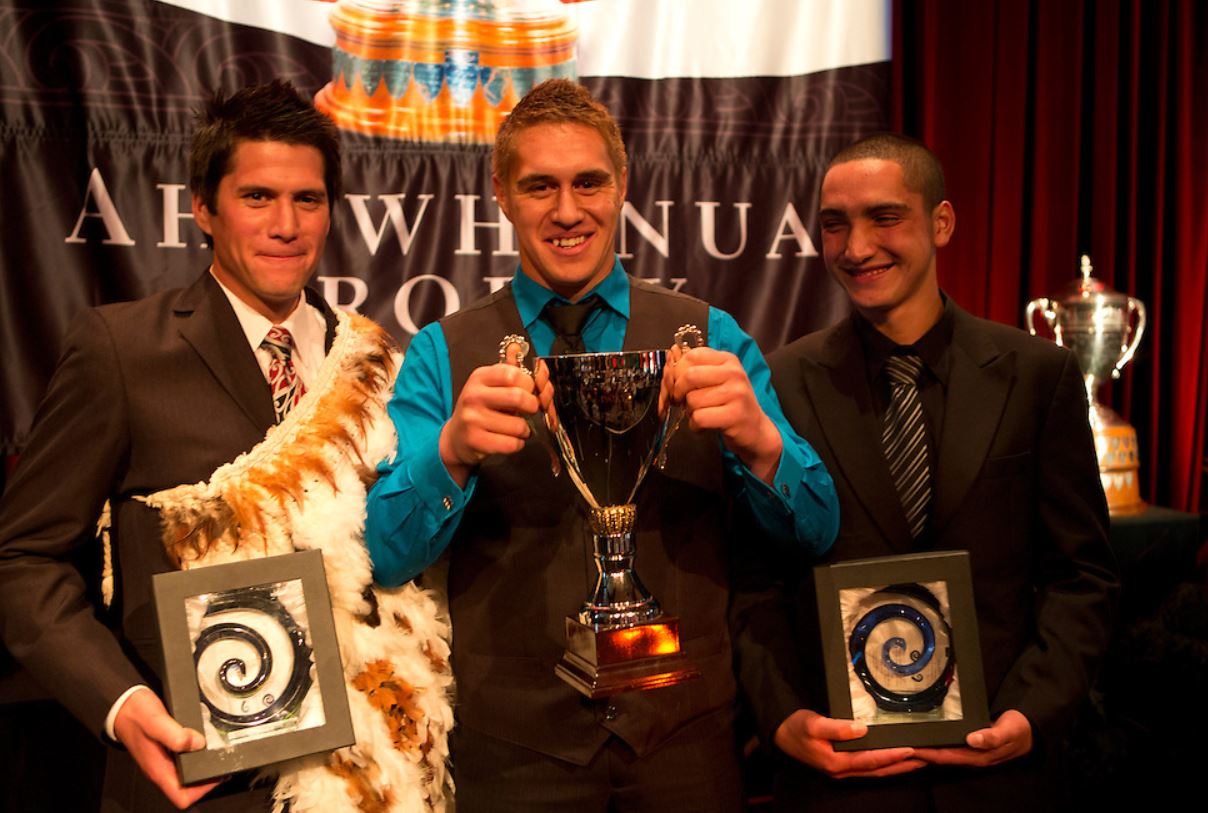 Tangaroa Walker (Ranginui/Pukenga) holds the Trophy and is flanked by the other two finalists, Mark Coughlan (Tuhoe/Ngai Tai),(R) and Tyson Kelly (Tuhoe/Whakatohea). Tangaroa Walker was awarded the inaugural Young Māori FarmerTrophy. A 22 year old lower order share milker for an equity partnership in Southland, Tangaroa aims to own his own farm and, having set his goals, he says that he knows how he's going to do it.

"I want to be the most successful Māori in the world and I want to motivate young Māori by directing them down the path I have followed to show them that the opportunities are out there if you are willing to sacrifice and put in the hard yards."

For the inaugural Young Māori Dairy Farmer of the Year winner, Tangaroa Walker, the outcome has been significant.

"I have always been passionate about dairy farming but since winning the Ahuwhenua award I've been shown a lot of other areas that I am interested in as well. I've learned a lot about business. It puts you in a different bracket. All of a sudden I wasn't just talking to farmers but to bank managers and CEO's. When I attended the FoMA conference people were coming up and talking to me about how they can help me get ahead," Tangaroa says.

He continues, "Only about a month after the award I was offered a huge opportunity working for a farm owner of 950 cows with a 300 hectare run off, which I accepted. I also had a few other job offers as well."

Since his accolade in 2012, Tangaroa has also been enjoying speaking at industry events, especially those that aim to encourage and help young people get ahead.

"I enjoy helping young people so none of it is work to me. It’s like my hobby. I am also now on the board of the South Island Dairy Event so they can ask me questions about how to attract young kiwis to the industry," he says.

Tangaroa has also been invited to apply for a Nuffield Scholarship which he says is going to be life changing.

Read more about Tangaroa and listen to his RNZ interview