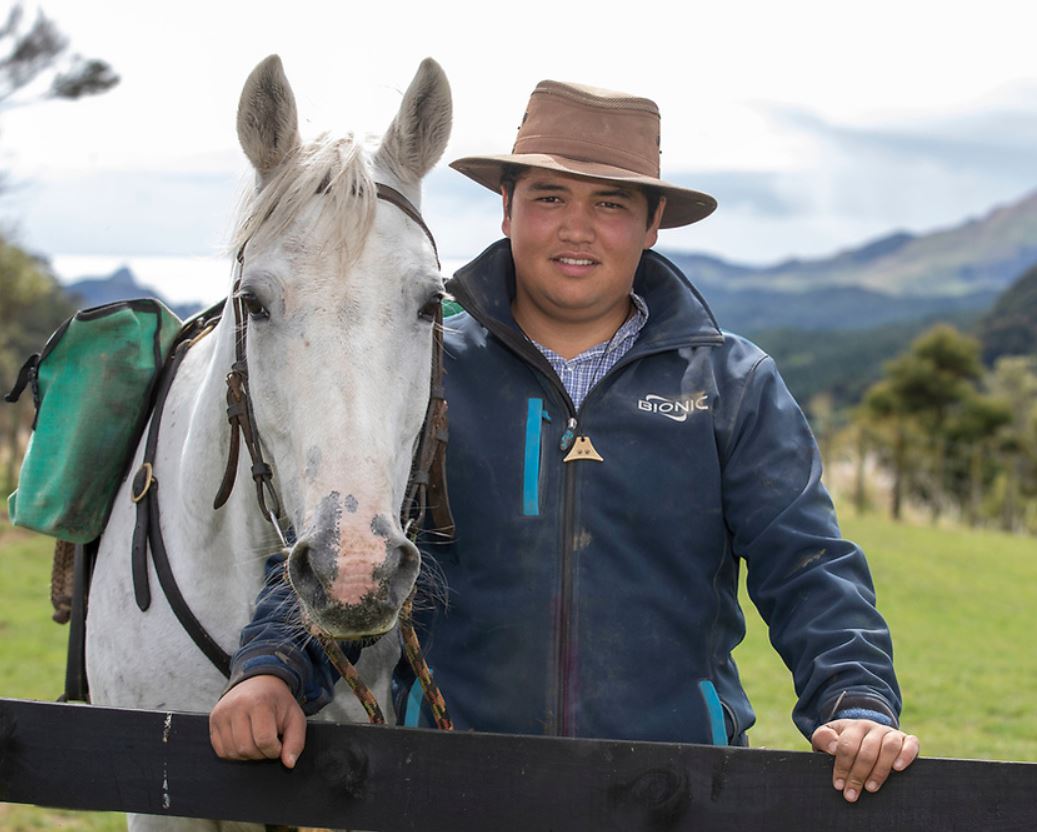 Ngati Porou; Whanau a Tuwhakairiora me Te Whanau a Hinekehu<

Tumoanakotore, or Tu as he is commonly known, has always had an interest in farming dating back to his early school days. At secondary school he joined the NZ Trades Academy programme which saw him get three days a week on-farm experience in his 6th and 7th form years. At one of the farms he met up with two shepherds who were graduates from Smedley Cadet Training Farm in Central Hawke's Bay. Tu applied and was accepted for and completed the two year programme at Smedley. But he then went on to do a Diploma in Agriculture and a Diploma in Farm Management at Lincoln University. While at Lincoln he was selected as a Tri- Lamb young leader and travelled to Australia and the USA to see how their sheep industry is run and how we can better our relationship with them.

After completing these two courses he did some casual farm work before being offered a job as a shepherd about a year ago at Whareopaia Station near Tolaga Bay on the East Coast.
The 1,000 hectare (815 effective) property runs 3,000 ewes and 340 mixed aged cows. The setting of the farm is beautiful and Tu says from the woolshed you can see the whole of Tolaga Bay. It's a busy life for the 23 year-old. With two young children he says he chases sheep by day and changes nappies by night. His short-term goal is to be a stock manager on a large Māori owned farm and be a manager by the time he is 30.